Most construction projects require a bit of digging and drilling into the ground. The earth has a way of burying treasure and history has plenty of uncovered mysteries. What many of us don’t realize is that construction workers can be uncovering history on any given day. So the next time you’re working, keep your eyes open during the excavation work. You might just be uncovering the next historical artefact or even a viking burial pit. 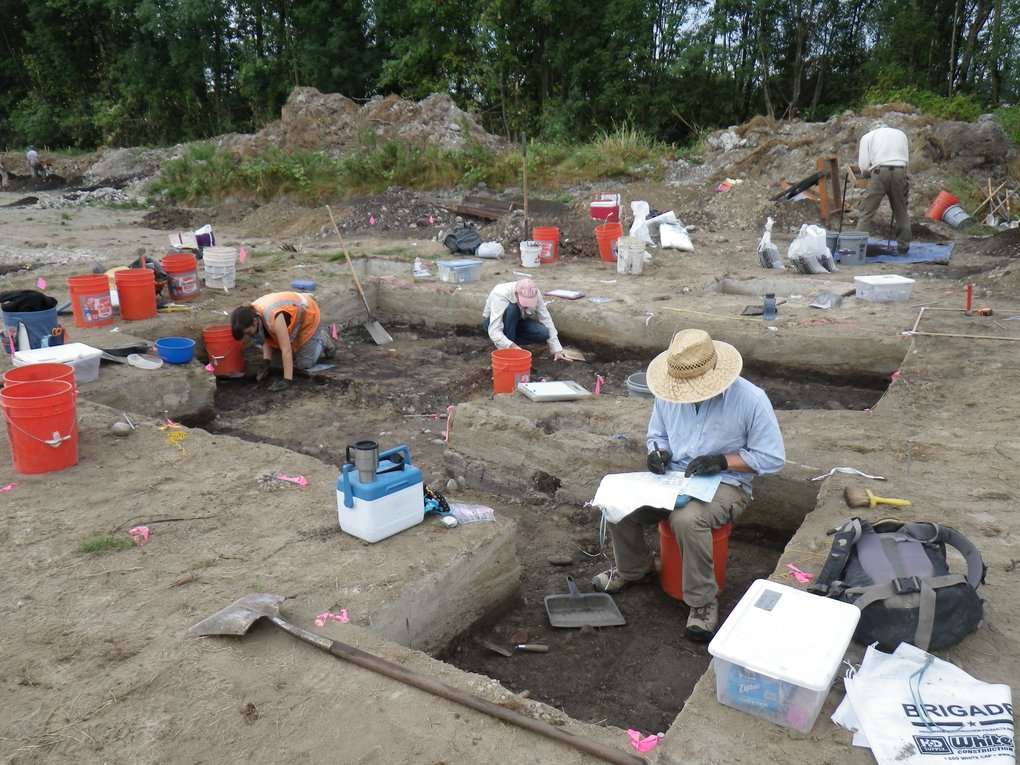 A construction firm was working on the Ruthvern Bridge in Scotland when they dug up a rusty metal box. Inside the box was a newspaper clipping from 1894, a paper scroll and a bottle of 121 year old whiskey.

In 1957, a group of students buried a time capsule to commemorate a newly constructed building. The capsule was filled with all sorts of odd things like scientific papers and was meant to be opened in 2957. The most interesting part is that professors had come up with a way to vacuum seal the glass tube, resulting in all of its contents being perfectly preserved 50 years later. Clever.

A young boy named David had written a letter to Santa in 1943, only to be found as construction crews were tearing down an old chimney decades later. Although Santa might not have received his requests for slippers, a silk tie, a pencil box, and chalk all those years ago, the construction workers who found it ensured David, now in his late 70s, got his wishes.

6. The Skeleton of a Whale

250 miles inland from the nearest access to water, the skeleton of a white whale was unearthed by workers who were digging a new rail bed in Vermont in 1849. After discovering the creature was over 20 feet long, they alerted geologists. The mystery perplexed geologists as the town where it was found had no waterways connected to the ocean. They determined the whale skeleton to be 11,000 years old and presumed that it swam in shallow water that covered the area long ago. This bomb stood the test of time when workers in Belgrade found a WWII era one-ton German bomb. It had 620 kilograms of live explosives, prompting officials to evacuate the site and 1,200 nearby people living in the area. The bomb has so much destruction power it could have blown up the entire 400 metres of land where it was found. Bomb detonation experts had to build a bunker around it to extract it in case it exploded. Residents were allowed to return after spending a night at a leisure centre. Luckily, they were provided with hot tea and coffee while they patiently waited for officials to extract and defuse the bomb.

Speaking of ancient burial sites, while working, Pennsylvania construction workers found a 97 year old mass human burial site, causing major delays in the project. The human remains were believed to have belonged to victims of the 1918 Spanish Influenza epidemic, which claimed 1,600 people within one month. Historians said it was not uncommon practice for people to be buried in unmarked graves when so many people died in such a short period of time.

During a road widening project in China, workers came across a large box. Upon opening it they discovered a perfectly preserved body of a 700 hundred year old woman, who was wearing shoes and a ring. It seems all strange things happen on UK construction sites. In a planned housing development in Southern England, excavators found a medieval mansion with a beautiful roof and floor tiles, but no trace of windows, doors, or the people who may have lived in or used the building. Adding to the mystery, every piece of the building except the foundation was missing, with no historical record of the manor ever existing. In 2010, a burial pit for more than 50 executed vikings was found on a road construction site in Dorset, UK. Archaeologists removed the 51 skulls placed in one area of the pit, with the bodies tossed on the other side, and analyzed the teeth and bones. The findings determined that they came from Scandinavian countries. Archaeologists found that they were most likely vikings executed between 910 and 1030AD.

From 11,000 year-old whale skeletons to human burial pits, there is so much more to discover about our world. If you’re in the construction industry, keep your eyes peeled. You could just be uncovering history!